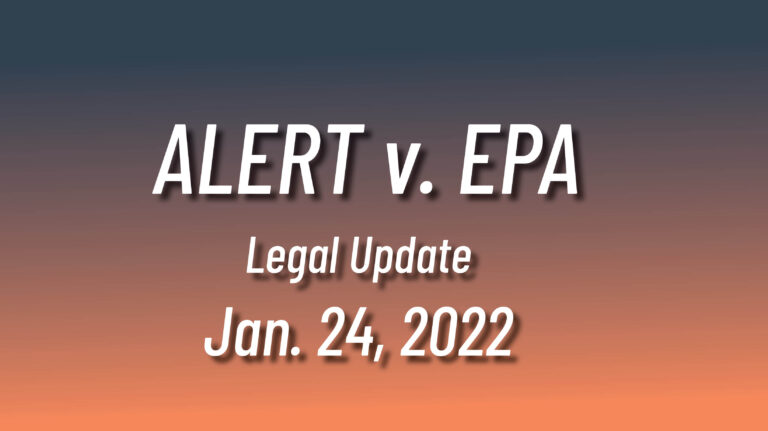 January 24, 2022. Despite last-minute efforts by ALERT, neither the executive nor the legislative branch could stop the rollout of EPA’s final rule on environmental monitoring of “atypical dispersant use situations.” This was defined as “[a]ny subsurface use of dispersant in response to an oil discharge, surface use of dispersant in response to oil discharges of more than 100,000 U.S. gallons occurring within a 24-hour period, and surface use of dispersant for more than 96 hours after initial application in response to an oil discharge.”
Dispersant use in such situations is not authorized under the existing NCP but the lead federal coordinator during oil spill response can allow it through its discretionary powers. During the BP DWH oil disaster, unprecedented amounts of dispersants were applied experimentally and simultaneously in the subsea and at the surface. Field samples were collected, separately, by BP and the federal government. Studies based on the field samples, instead of theoretical modeling, and long-term epidemiology studies provide strong evidence for a radical reconsideration of any dispersant use. But most of these studies were published after the 2015 proposed rule was open for public comment. Approval for atypical dispersant use depends on whether EPA anchors its final rule in
May 2023 on the science that came out after the 2015 proposed rule was opened for public comment. The court order did not specifically require the EPA to update its proposed rule based on the scientific information available after its 2015 proposal.